MEXICO CITY — Drinking bottled water is one thing. But bathing one’s baby in it? In Mexico, the world’s largest per capita consumer of bottled water, anything goes.

David Montero drives three hours every week from his apartment in Iztapalapa, a crowded district on the eastern edge of this sprawling capital city, to the village where he was born to fill five five-gallon jugs with clean water to mix with the juices he sells from a roadside stand.

Back at home, his wife, Cecilia Silva Reyes, buys as many as eight five-gallon jugs of water a week for drinking and cooking. As for the tap water the city supplies to their working-class housing complex, “it’s yellow,” Mr. Montero scoffed. “It has been like that forever.”

In Iztapalapa and in many communities across Mexico, talk of tap water is a constant — whether there is any, how it smells, what color it is, or whether it carries sand, mud or unspecified insect life.

Despite reassurances from the authorities that municipal plants pump clean water into the supply network, skepticism is widespread, even when politicians sometimes come forward to guzzle some tap water in public to make a point. “Who knows?” Mr. Montero asked.

A study released last year by the Inter-American Development Bank found that Mexicans used about 127 gallons of bottled water per person a year, more than four times the bottled-water consumption in the United States and more than any country surveyed.

“People are using this water for cooking, for bathing their babies,” said Federico Basañes, division chief for water and sanitation at the development bank.

There is a similar move toward jugs of clean water in countries like China, Indonesia and Thailand, the development bank found, as rising incomes give residents the ability to buy bottled water.

Mr. Basañes said the study raises the question of whether governments are paying enough attention to water quality as they try to bring tap water to all their citizens.

“Are we giving consumers potable water or not?” Mr. Basañes asked, noting that the countries of Latin America and the Caribbean region have invested a total of about $2.8 billion a year on improved water and sanitation since 1990. “Even if we are, is there a perception problem?”

With the move toward bottled water, families sometimes spend as much as 10 percent of their incomes on water, double what the development bank estimates they should. “Can you imagine a poor family paying their water bills — in some cases a fairly steep amount — and they are buying water on the side because they don’t trust the water they are getting?” Mr. Basañes asked.

Then there is the concern of whether the bottled water is really any better.

“We’ve never had any complaints,” said Maximiliano Santiago, who set up his own water purification business three years ago in a storefront at the edge of an Iztapalapa market.

He buys well water that is trucked in from outside of Mexico City rather than using the Iztapalapa tap water — “it would damage the filters,” he said — runs it through carbon and sand filters, and then purifies it using silver ionization. He said he calls a biologist from time to time to check the quality.

Mr. Santiago works seven days a week for a profit of about $15 a day. By midmorning, he stacks 40 five-gallon jugs on two three-wheeled cargo bicycles and pushes them through the neighborhood shouting “aguaaaa” along the way.

It is a business model that is emerging in megacities across the developing world. Rich people pay a premium for branded jugs that can be refilled from companies owned by multinational corporations like PepsiCo, Coca-Cola and Danone. In working-class neighborhoods, local entrepreneurs fill the demand.

“If you go to Mexico or Manila, you’ll see the same thing, but they have emerged independently,” said Ranjiv Khush, a founder of Aquaya, a nonprofit group that researches ways to get clean water to poor people.

Mr. Khush said the small suppliers in Mexico, Indonesia or the Philippines are simply offering a cost-effective response to a problem that overstretched authorities cannot resolve. “What’s fascinating to me is that this is the solution that local businesses have come up with,” he said. “This is what people want, and I think we should learn from them.”

In Mexico City, the authorities have been trying to improve water quality in places like the long-neglected district of Iztapalapa. The city has spent about $70 million on water purification plants over the past six years, Ramón Aguirre, the director of Mexico City’s municipal water authority, said in an interview.

He blamed advertising by the large bottlers for the lack of confidence in the city’s water. There is “money behind the sale of drinking water,” he said. Mr. Aguirre also speculated that water gets contaminated once it reaches people’s homes, in their underground or rooftop storage tanks.

“I know the water,” he said. “What I don’t know is the level of maintenance in buildings’ cisterns and water tanks.”

Jesús Rebollo, a community activist in Iztapalapa, agreed that there has been an improvement over the past few years, but said most people do not believe it.

“After having seen yellow water, brown water, people just don’t want to take the risk,” he said. “It has stuck, the problem of the lack of confidence.”

Even Mr. Rebollo is not certain of how effective the investment has been, suggesting that purified water from the new plants gets contaminated in the city’s aging water mains. “Once it gets into the pipes, you lose all the effort that was put into it,” he said.

Rocío Pérez González, one of Mr. Santiago’s customers, ran the water from her tap in her kitchen, where she was preparing lunch. Crystalline water gushed out.

“It’s clean now, but years ago it came out dirty. It looked like chocolate,” she said. “So I got used to using the refill jug. Everybody here got used to buying water. We have had that habit for 15 years.” 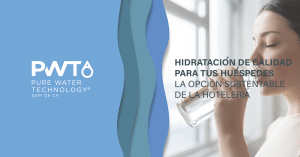 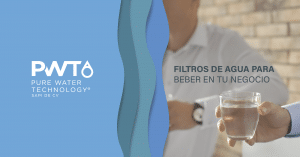 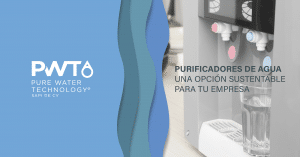 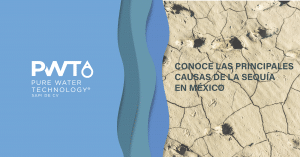