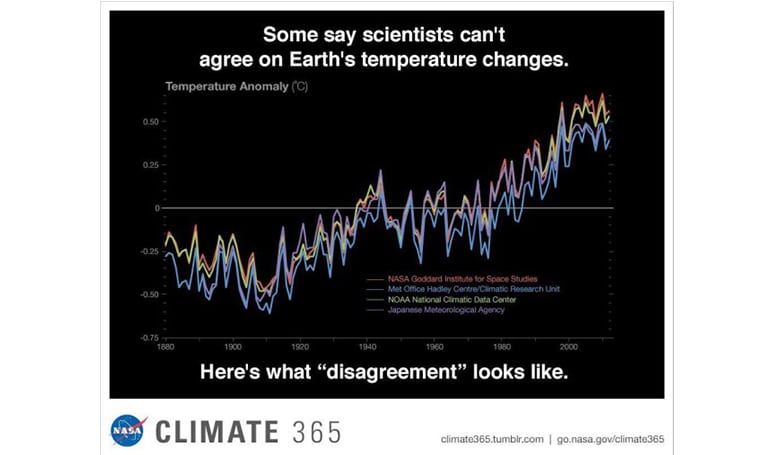 Each year, four international science institutions compile temperature data from thousands of stations around the world and make independent judgments about whether the year was warmer or cooler than average. “The official records vary slightly because of subtle differences in the way we analyze the data,” said Reto Ruedy, climate scientist at NASA’s Goddard Institute for Space Studies. “But they also agree extraordinarily well.” All four records show peaks and valleys in sync with each other. All show rapid warming in the past few decades.  All show the last decade has been the warmest on record.